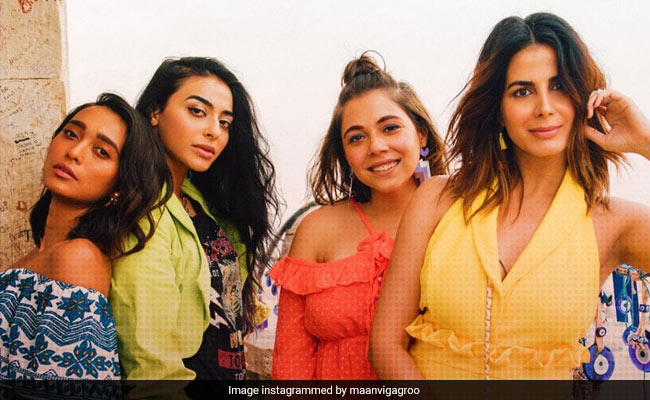 Meanwhile, Amazon Prime Video, congratulated Made In Heaven star Arjun Mathur for his International Emmy Nomination for Best Actor, with these words: “Congratulations to our Emmy nominee Karan Mehra aka Arjun Mathur.

Four More Shots Please! showcases the story of four besties played by Sayani Gupta, Bani J, Kirti Kulhari and Maanvi Gagroo, who explore the highs and lows of their lives together. Delhi Crime, featuring Shefali Shah, Rasika Dugal, Adil Hussain, Rajesh Tailang, Vinod Sherawat, is a crime drama, which brings to life the story of a Deputy Commissioner of Police, who is tasked with finding those responsible for the horrific 2012 Delhi gang-rape and murder. Made In Heaven focuses on the dark and the often ignored facets of the wedding business. Besides Ajun Mathur, the show features Sobhita Dhulipala, Jim Sarbh and Kalki Koechlin.

Last year, India was well-represented at the International Emmys. Radhika Apte had received the Best Actress nomination for her performance in Lust Stories, while Netflix’s anthology film Lust Stories also received an Emmys nomination in the in the TV Movie/Mini Series category, and Sacred Games was nominated in the Best Drama category.