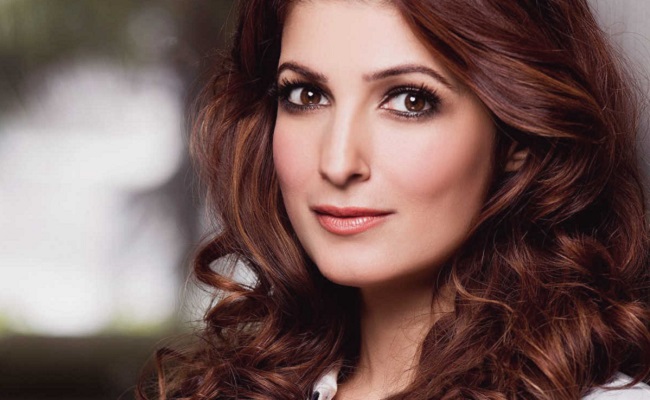 Author Twinkle Khanna is the latest celebrity to call out the media trial that actor Rhea Chakraborty has been subjected to over the last two months.

In her latest weekly column for a newspaper, Twinkle used the allegory of magicians and how they ‘cut young girls in halves’ for the entertainment of the masses.

Rhea was arrested by the Narcotics Control Bureau on Tuesday but has been facing vicious trolling on social media and a trial by the media for two months since Sushant Singh Rajput’s death in June.

Recently, a video of her getting mobbed by media persons outside NCB office sparked outrage among her Bollywood colleagues.

In her column for The Times of India, Twinkle described the five parts of a magical act, drawing references to the Sushan’s death case, without ever naming any of the parties.

She described the ‘production’ of a ‘corpse that appears on your television screens’, the ‘vanishing’ of ‘facts which can be made to fade away when they don’t suit our anchors’, the ‘metamorphosis’ of ‘a suicide into a murder, and a girlfriend into a gold-digger’, the ‘transposition’ as all other matters of national importance take a back seat for ‘a drug cartel hinging on 59 grams of cannabis’, and finally, ‘levitation’ by ‘making an entire political party rise in the eyes of its prospective voters.’

“They took a young woman and cut her in half. They sliced through her T-shirt, one that stated ‘Roses are red, violets are blue, let’s smash the patriarchy, me and you’, the blade going into her flesh, her very life draining away before a live audience of millions. What do these magicians tell themselves when the camera is switched off I wonder? Do they justify it as mere collateral damage — one life in exchange for entertaining and distracting 1.3 billion for months,” she wrote in her column.

Earlier, actor-singer Shibani Dandekar had also spoken about the treatment meted out to her friend Rhea. Taapsee Pannu, Richa Chadha, Anurag Kashyap and others have shown their support for the actor.