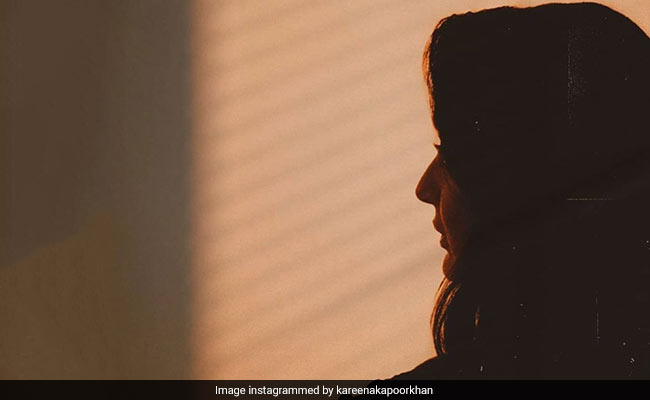 Mom-to-be Kareena Kapoor, who is expecting her second child with husband Saif Ali Khan, shared a picture of her silhouette on Instagram profile on Saturday. In her post, Kareena Kapoor  wrote about hope. The caption on her post read: “Sometimes all you need is a little ray of hope.” In the comments section, Kareena’s sister Karisma Kapoor and BFF Amrita Arora dropped a couple of emojis. Kareena’s fans also wrote comments like “what a shot” and “just wow.” Kareena Kapoor frequently shares pictures from her shoot diaries, most of which take place at her home in Mumbai.

A few days ago, Kareena Kapoor posted pictures from her fam-jam at the Ganesh Chaturthi celebrations. See the pictures here, you can thank us later.

Kareena Kapoor and her husband Saif Ali Khan shared the big news of their pregnancy last month. “We are very pleased to announce that we are expecting an addition to our family. Thank you to all our well-wishers for all their love and support,” the couple said in a joint statement. The couple got married in the year 2012 and welcomed their first child Taimur Ali Khan in 2016.