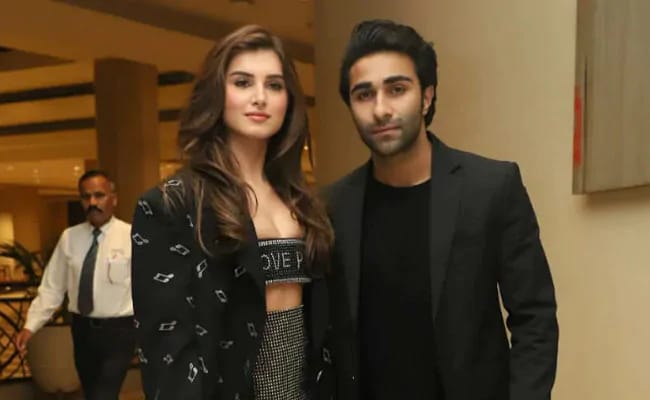 Tara Sutaria, who has been dating Aadar Jain for almost a year now, in a recent interview with Pinkvilla, said that her relationship is “private and sacred.” Tara, who spoke to the media about her relationship for the first time, said “I actually haven’t said anything… whether it has been to a journalist or any member of the media… about it. I do believe if you are with someone, it is obviously private and very sacred. In our line of work, very few things are private or left to someone’s imagination, so I understand why so many people tend to keep it to themselves and don’t like to share it with people.” Tara, who made her relationship with boyfriend Aadar Jain Instagram official on his 26th birthday, added that she doesn’t feel the need to hide something “beautiful, wonderful and magical.”

During the interview with Pinkvilla, The Student Of The Year 2 actress said, “I think if it is something beautiful, wonderful and magical, something that all human beings crave in their lives… I don’t think you should hide something that is beautiful. That is my take on it. I have nothing to hide but I understand why so many people keep it to themselves. I am a really private person as well. I haven’t really spoken about it ever so people will think what they want to think.”

On Aadar Jain’s 26th birthday this year, Tara Sutaria shared a special post for her boyfriend and wrote these words. “Ever thine, ever mine, ever ours! Happy Birthday to my favourite person.” Reacting to Tara’s post, Aadar wrote: “I love you.”

Reports of Tara Sutaria and Aadar Jain’s relationship started doing the rounds after they were photographed together at Malaika Arora’s birthday party and Amitabh Bachchan’s Diwali bash, last year. This year, Tara went as Aadar’s date at his brother Armaan Jain’s wedding festivities. She and Aadar even performed together at Armaan and Anissa Malhotra’s wedding reception, videos from which went viral on social media. The actress also joined Aadar’s family for the Raksha Bandhan festivities this year.

Tara Sutaria, a singer and former Disney star, made her Bollywood debut with the 2019 romantic drama Student Of The Year 2, co-starring Tiger Shroff and Ananya Panday. She also featured in Marjaavaan and Masakali 2.0 (both co-starring Sidharth Malhotra). Her next project is Milan Luthria’s romantic action film Tadap.