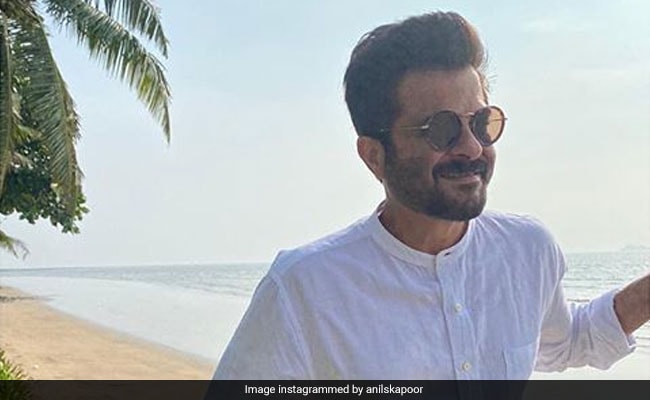 Anil Kapoor visited Alibaug after 20 years and his excitement spilled onto Instagram. The actor shared pictures from his special trip on social media in which his expressions say it all. In his post, Anil Kapoor, 63, didn’t reveal much about his last trip to Alibaug and just wrote: “It’s been 20 years… #HelloAlibaug.” The photos feature Mr Kapoor posing in a white shirt and blue denims with scenic beach views in the background – palm trees and ocean, all in one. In one of the pictures, the actor can be seen laughing with all his heart. His fans, who can’t get enough of the pictures, dropped comments like: “Sir, you’re 63 and look younger than me” and “Handsome always.”

Anil Kapoor trended big time on social media last month because of his biceps. The actor, who has every now and then proved that age is just a number, shared pictures from his workout diaries and left his fans in awe. “When muscles look better than your face…” he captioned one of the posts while sharing another, he wrote: “Never skip leg day! #tuesdayworkout #strongereveryday #noexcuses.”

Here are the posts we are talking about:

In terms of work, Anil Kapoor was last seen in the role of a cop in Malang, which released earlier this year. He has starred in films like Beta, Tezaab, Mr India, Judaai, Lamhe, Laadla, Rishtey and Andaaz among many others. He will next be seen in Bhool Bhulaiyaa 2, in which he will share screen space with Kartik Aaryan. Anil Kapoor also has a film with Varun Dhawan lined-up.