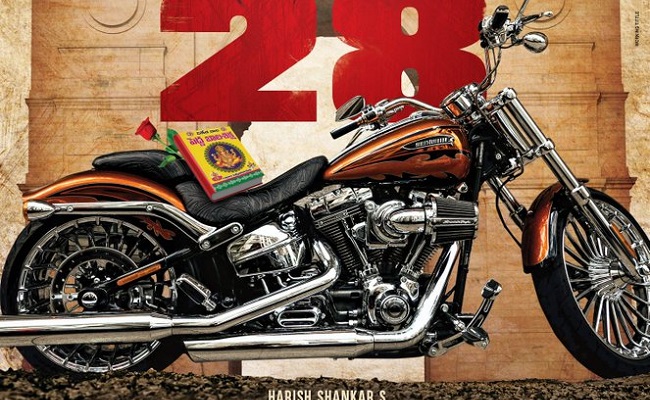 Pawan Kalyan and Harish Shankar, the Gabbar Singh duo is collaborating again for a biggie bankrolled by Mythri Movie Makers.

The concept poster of #PSPK28 has been launched on Pawan’s birthday and Harish has taken everyone by surprise.

The tagline reads “This time it is not just entertainment,” and the concept poster makes it clear that it is an idealistic film that will also bear Pawan Kalyan’s trademark style.

A stylish motorbike parked in front of the India Gate and Freedom fighters photos embossed into the letters PSPK, a red rose and pedda bala siksha placed on the bike justifies the tagline.

Harish Shankar has yet again proved that he is a big fan of Pawan Kalyan and piqued the interest in his upcoming movie with the concept poster itself.

Fans will surely want this film to start rolling at the earliest.