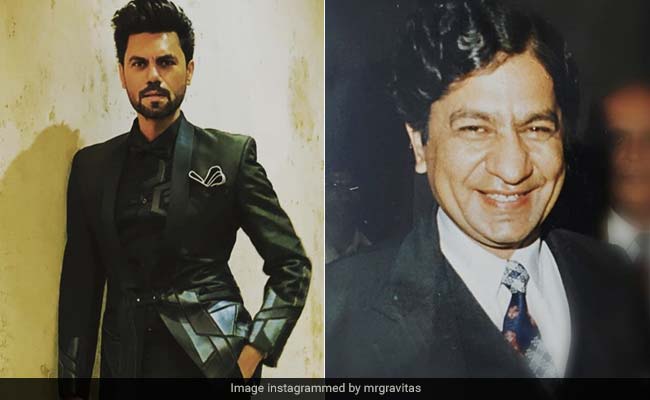 Television actor Gaurav Chopra’s father Swatantra Chopra, who had tested positive for COVID-19 last month, died on Saturday, 10 days after the actor lost his mother. Gaurav, 41, in an emotional post on Monday, shared the news of his father’s death and wrote: “10 days…and they’re both gone…A void, a vacuum that no amount of time will ever fill.” The actor’s mother, who was suffering from cancer for the past three years, died on August 19. She was also diagnosed with COVID-19 and was admitted to a hospital. In his moving eulogy for his father, Gaurav Chopra recalled how Swatantra Chopra was “loved and respected” by all and described him as his “hero, idol and inspiration.”

The actor wrote: “My hero. My idol. My inspiration. Will I ever manage to be a millionth of a man that he was? Don’t think so…The ideal man, the ideal son, the ideal brother, a man who always put family above everything else. An ideal father… it took me 25 years to even come to terms with the fact that all fathers are not like him… That he was special… I was blessed and as his son, that’s the legacy I have inherited…loved and respected so much more than I ever will be…a celebrity in its true terms. As a child, me walking down the street or the market always knew that I was recognised as his son.”

“An ideal husband…devoted his entire existence towards making my mother better in these last four years. To the point of getting a disease trying to protect her and then leaving all of us to keep her company…She left us on the 19th and he did on the 29th. 10 days…and they’re both gone…A void, a vacuum that no amount of time will ever fill,” added Gaurav Chopra. He also shared several priceless throwback pictures of his dad – some of them also feature his mother.

Mourning his mother on social media on August 20, Gaurav Chopra shared a lengthy note, in which he called her the “strongest.” He shared pictures of her and remembered her like this: “My mommy strongest! The first picture is from a year ago. Three years of cancer fighting of the worst kind, three years of non-stop chemo and she was bucking us up! Always the brightest spot of energy in the room. Always. The beauty that did not need any kind of accentuation. It stood out. Loved by all. To the point of seeming like her fans… Inspired so many…as a teacher, as a principal, as a colleague, as a friend, as a human being pursuing spiritual growth over everything else.”

On August 15, the television actor shared his parents’ COVID-19 diagnosis on social media. “Right now, both are fighting in different hospitals. And we are fighting the war with them,” read an excerpt from his post.