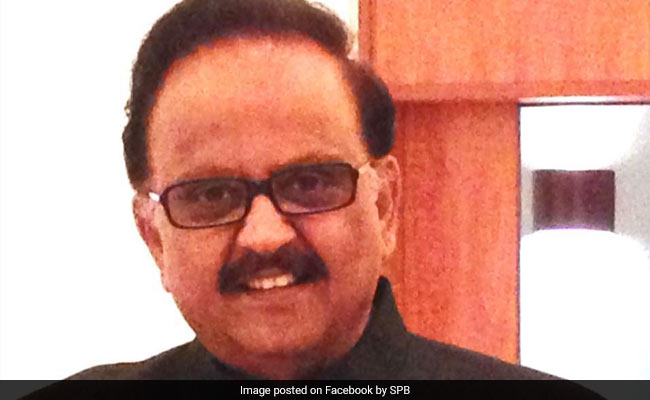 Singer S P Balasubrahmanyam, who is currently being treated for COVID-19 at a Chennai hospital, is “progressing slowly towards good health,” said his son, producer-director S P Charan, in a video message on Thursday. The singer, 74, was admitted to Chennai’s MGM Healthcare hospital on August 5 after he tested positive for the virus. Sharing details about S P Balasubrahmanyam’s health, his son said in a clip: “Today’s update is going to be very brief, like yesterday. My father is progressing slowly towards good health. There is improvement in his lungs, better than yesterday and day before. So, it’s all positive signs. The doctors are very confident.”

S P Charan has been sharing health updates about his father in Instagram videos since he was taken to the hospital. Here’s what he shared on Friday:

S P Balasubrahmanyam had mild symptoms when he was taken to hospital; however, he was later moved to the Intensive Care Unit or ICU and placed on life support when his condition worsened. In his health update video on Thursday, S P Charan said: “Reports from the hospital have been very uneventful. Which means dad is continuing to be stable and on the recovery path. That is a good sign, they have done a session of physiotherapy today also. Hopefully there will be more updates in the future but as they say, no news is good news.”

S P Balasubrahmanyam was taken to hospital on August 5 and shared a video saying he was “perfectly fine” and expected to be discharged in two days. “Last two to three days, I have been having a little discomfort. Discomfort means little chest congestion, which for a singer is nonsense. Had cold and on and off fever. These three things, otherwise no problem. But I didn’t want to take it easy, so I went to the hospital and checked. They said it was just a mild, very mild case of corona,” he said adding that he could have self-isolated at home but opted to be hospitalised so it would be easier for his family. “Nobody has to worry about this one. So please don’t bother to call me to find out how I am. I am perfectly alright except the cold and fever. Fever has also subsided,” SPB said.

S P Balasubrahmanyam, winner of six National Awards, has a vast body of work that spans 40,000 songs in 16 languages. He has worked extensively with Ilaiyaraaja, A R Rahman and other composers. He is also an actor, producer and voice actor. Mr Balasubrahmanyam has received the Padma Shri and the Padma Bhushan.