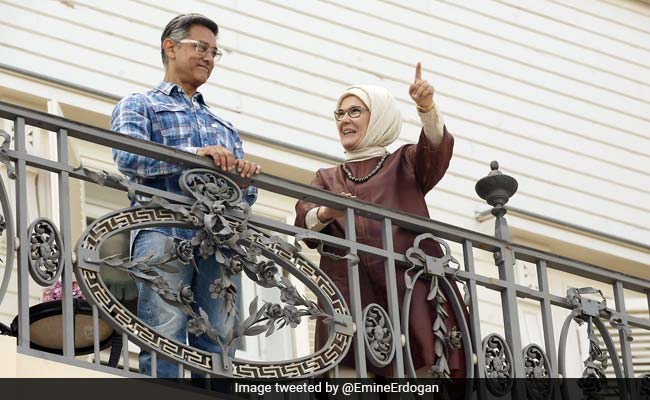 Bollywood actor Aamir Khan has been targeted in the mouthpiece of the RSS, the ideological parent of the ruling BJP, more than a week after he met Turkish first lady Emine Erdogan. He has been questioned over the meeting and his endorsement of Chinese products.

The article – titled “Dragon’s favourite Khan” – takes a dig at the actor for shooting his latest movie – “Laal Singh Chaddha” – in Turkey. It also claims that Aamir Khan’s endorsement of Chinese products is “an oversight of security norms” and links his popularity in the country to the recent border tensions. The reference of the word “dragon” in the title probably hints at the mention of the legendary creature in Chinese mythology.

“In the last five-six years, more patriotic movies are being produced like “Uri-The Surgical Strike”, “Manikarnika”. But there are actors who, more their own country – India – like rival countries such as China and Turkey,” reads the article in RSS mouthpiece Panchjanya as it targets the 55-year-old Bollywood superstar, who has had an illustrious career of more than three decades.

“He wants to be a brand ambassador by getting pictures clicked with Turkish first lady,” the article written in Hindi further reads.

Emine Erdogan, Turkish President Recep Erdogan’s wife, tweeted pictures of her meeting with Aamir Khan in Istanbul about a week ago. “I had the great pleasure of meeting @aamir_khan, the world-renowned Indian actor, filmmaker, and director, in Istanbul. I was happy to learn that Aamir decided to wrap up the shooting of his latest movie ‘Laal Singh Chaddha’ in different parts of Turkey. I look forward to it!” she wrote.

I had the great pleasure of meeting @aamir_khan, the world-renowned Indian actor, filmmaker, and director, in Istanbul. I was happy to learn that Aamir decided to wrap up the shooting of his latest movie ‘Laal Singh Chaddha’ in different parts of Turkey. I look forward to it! pic.twitter.com/3rSCMmAOMW

Indian ambassador in Ankara Sanjay Panda in a tweet had called the reception to “India’s Cultural Ambassador and one of our finest exponents of meaningful cinema” a “special moment”.

The article in RSS mouthpiece, however, has questioned Aamir Khan’s decision to shoot the movie in Turkey.

“If Aamir Khan thinks he is so secular, why is he planning a shooting in Turkey. People have still not forgotten his interview when he said: ‘My wife is afraid… India has become intolerant’. Why is he showing loyalty to a country where journalists have been cornered, there have been human rights violations and social media is under surveillance,” it reads.

It also attacked the Bollywood superstar for endorsing Chinese products.

“Why do Aamir Khan’s movies do well in China while other actors’ movies fail. His movie “Dangal” did so well but Salman Khan’s movie “Sultan” couldn’t get a matching response. Aamir Khan is the brand ambassador of Chinese products, this is an oversight of security norms,” reads the article, as it links border tensions to the actor’s popularity in China.

In June, 20 Indian soldiers were killed in line of duty in Ladakh as tensions with China escalated.