This weekend will see popular singer Mika Singh grace the stage on The Kapil Sharma Show. While they are neighbours and share quite a camaraderie amongst them, this weekend, will reveal a whole lot more. One such discussion between Mika and Kapil led to a startling revelation! 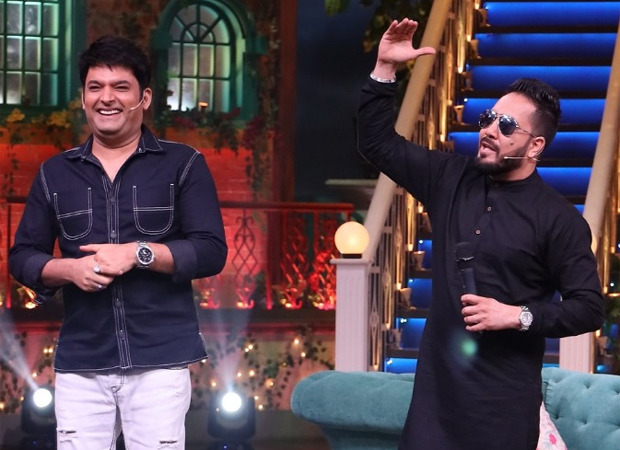 Kapil mentioned trollers on social media and how more often than not, celebrities have to deal with negative comments on their posts. He also added that Mika’s fans are very active and they bring the trollers to the task! Mika, amidst pearls of laughter, added, “Everyone has to bear the brunt of the trollers on social media. I don’t understand why they are agitated all the time. Through my NGO Divine Touch Foundation, for the last 3 months, we have been proving meals to around 1000 people per day. Yet, I am being trolled with statements like ‘dikhawa hai’ ‘tax bacha rahe hain’ etc which really saddened me. I asked my manager the strength of my staff and told him get each one of them to start replying to these online haters! From then on, I sleep well knowing that these trollers are being taken care off.”

He further added, “Kapil once disclosed my secret to Sonakshi on his show. What I do is, I have a fake id on social media. So if the trollers are targeting Mika, I reply to them from my fake id. During one such encounter on social media, I replied to a troller from my fake id and he instantly responded saying,’tu chup kar mujhe pata hai tu Mika hai’. I was surprised as to how he found out. When I asked him, he said he got to know this because Kapil mentioned it in one of his episodes!”

Also Read: The Kapil Sharma Show: Singer Mika and the cast of Your Honor to grace the show