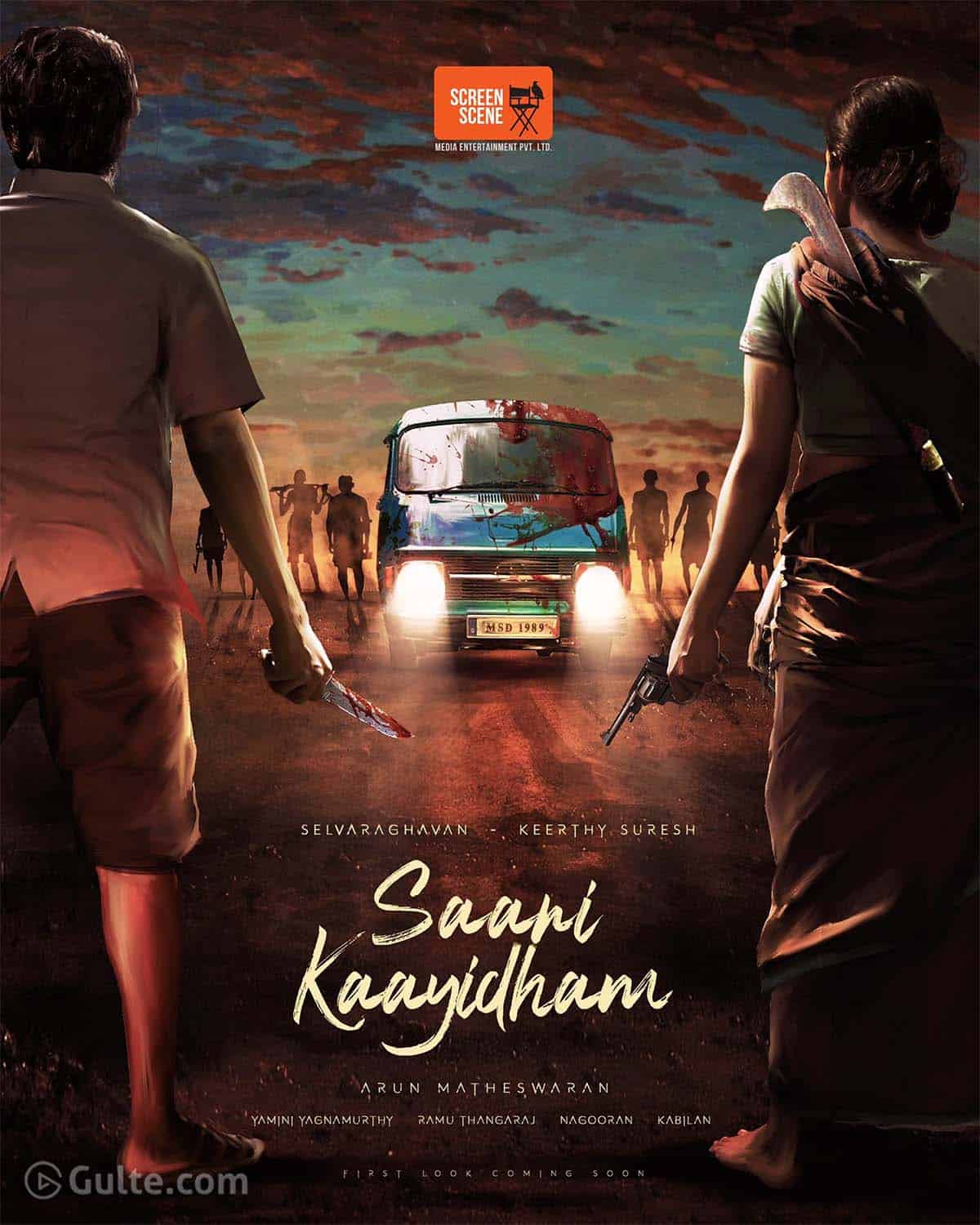 It’s Keerthy Suresh all over these days. She lined up many films and if things fall in place, they might get OTT release as well. And now the national award winning actress has signed a new film and the first look is also out.

Titled ‘Saani Kaayidham’ Keerthy Suresh is seen with a gun in her hand. Alongside her in the first look poster is director Selva Raghavan. Yes, the director is making his acting debut with this flick and he holds a knife which has blood stains.

Keerthy and Selva’s costumes hint at the genre of the film which is a village backdrop crime drama. Sharing the first look, Keerthy tweeted, “I am very happy to join hands with the next happening director @arunmatheswaran and super excited to share the screen space with namma director @selvaraghavan sir! Thank you.”

Arun Matheswaran is directing ‘Saani Kaayidham’ and this is his second directorial. The film has high chances of getting dubbed in Telugu language considering the popularity of Keerthy.