Sometimes it takes 14 Phere to get a happily ever after, or does it? Zee Studios announces its next production, a social comedy, 14 Phere, directed by Devanshu Singh and written by Manoj Kalwani, slated to release on July 9, 2021. Actors Vikrant Massey and Kriti Kharbanda will be pairing up for the first time in this quirky, contemporary social comedy that promises to be a complete entertainer—a roller coaster ride with ‘Sanjay’ and ‘Aditi’ on their adventures and misadventures. 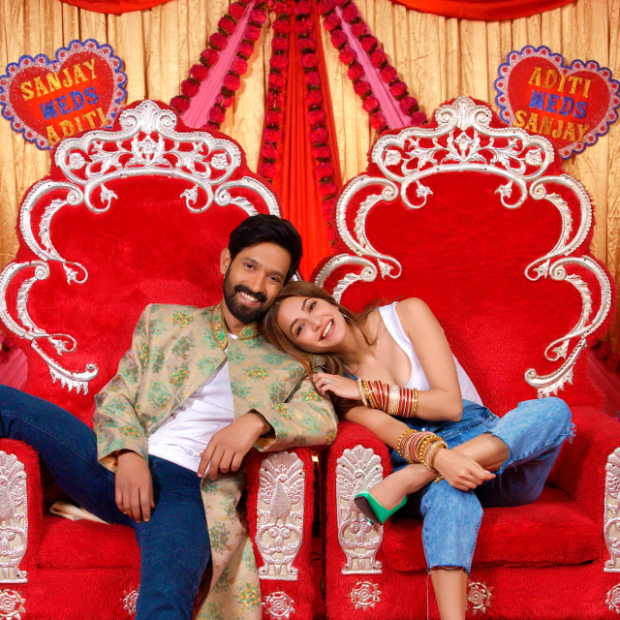 Actor Vikrant Massey said, “The script hit me hard, the ideology of the film and the main thought behind the story is something that has been with me, individually. When I heard the script, it felt like two halves becoming one, I would have been a fool to let go of this film. It’s a beautiful story that speaks of very pertinent things relevant in today’s times. I’m really looking forward to working with Kriti. I’ve seen her films and she is a very good actor! Can’t wait to get started!”

Actor Kriti Kharbanda said, “14 Phere is a socially relevant, promising, fun script on a kick-ass subject. From the moment I heard the script, I found myself extremely excited! It’s led by a great team headed by Devanshu, whose previous work I admire. I absolutely love the character of Aditi that I will be portraying in this film—I think I’ve become Aditi already! I’m looking forward to sharing screen space with Vikrant who’s a terrific actor. Super excited to get started in bringing Aditi to life!”

Commenting on the announcement, Shariq Patel, CEO, Zee Studios said, “14 Phere is an important film that beautifully captures the heart and heartland of India—it’s a quirky, contemporary, emotional and relevant film which also highlights how weddings, most often, happen between two families, not just two people. We needed a fresh, new pairing and we couldn’t have been happier to have Vikrant and Kriti on board! We are currently working on pre-production, and prepping to go on floor in November.”

Director Devanshu Singh said, “14 Phere is a full-blown family entertainer. A contemporary social comedy with elements of romance, comedy of errors, lots of emotions, adventures-misadventures, and celebrations. It’s full of surprises. I’m super thrilled to be working with Vikrant and Kriti, they are supremely talented yet so real and fun to work with. The best part is that they believe in the script as much as I do. Can’t wait to go on floors!”