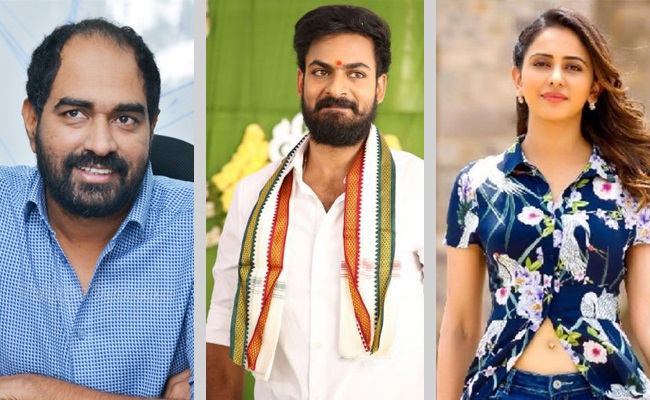 Filmmaker Krish has lined up multiple projects- films and web-series. He has now taken up another project.

Krish will direct Vaishnv Tej in a film that will feature Rakul Preet Singh in female lead.

The film has been launched today and regular shoot will commence from tomorrow.

The yet to be titled film will be wrapped up in a single schedule.

Krish then start his film with Pawan Kalyan, after the latter completes his part of work for Vakeel Saab.

Vaishnav Tej and Krish’s film will be bankrolled by Saibabu Jagarlamudi and Rajeev Reddy under First Frame Entertainments banner.

On the other hand, Vaishnav Tej’s debut flick Uppena is ready for release.