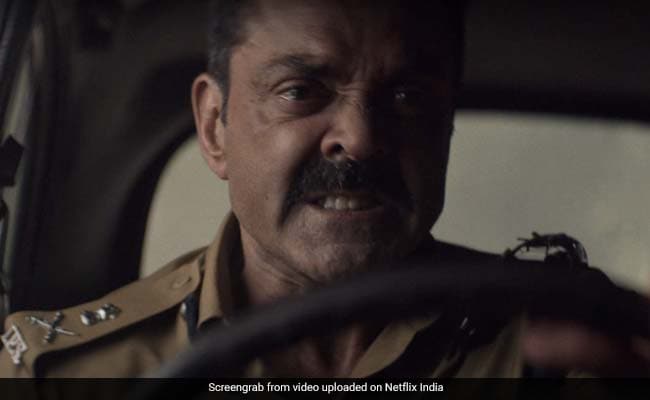 Class Of ’83 Trailer: Bobby Deol in a still (courtesy YouTube)

One of the policemen in Vijay Singh’s squad says in the trailer: “We all know what happened with you and it happened because you didn’t know how to play the game.” The two-and-a-half-minute trailer is a true blue cop drama with glimpses of Vijay Singh’s efforts to train the squad, which will have the freedom to “encounter gangsters without any restriction of jurisdiction.” Their motto is that getting rid of gangsters like Kalsekar is to “Save Bombay from a disease.” During his mission, Dean Vijay Singh also finds himself in trouble for his extreme ways but fights on – balancing law and order on one hand and breaking rules on the other.

Watch the trailer of Bobby Deol’s Class Of ’83 here:

Directed by Atul Sabharwal, Class Of ’83 is the first Netflix film produced by Shah Rukh Khan’s Red Chillies Entertainment. The film will premiere on Netflix on August 21, days after Gunjan Saxena: The Kargil Girl‘s release on the OTT platform.