In an interview to TNM, Anupama Banerji talks about her relationship with her mother, math genius Shakuntala Devi.

A lot has been written and said about the late Shakuntala Devi, globally renowned as the “human computer”, rattling off answers to complex calculations involving long numbers within seconds. However, the Bengaluru-born math genius’s story was told through a different lens in the eponymous film by Anu Menon starring Vidya Balan which released on Amazon Prime Video on Friday – through the relationship she had with her daughter Anupama Banerji.

TNM spoke to Anupama, who now lives in London with her husband Ajay Abhaya Kumar and their two daughters. She was one of the main collaborators with whom co-writers of Shakuntala Devi, Anu Menon and Nayanika Mahtani, worked over a period of three years.

“The first time we met was actually at Harrods in London, which was my mum’s favourite store,” Anupama tells TNM. “We were supposed to meet for half an hour, but we ended up talking for six hours,” chimes in Ajay. “Several coffees later, after everything unravelled as we spoke, they realised that there was a lot more to Shakuntala Devi than being a human computer. She wasn’t just a genius. The story would not be complete unless they brought out the other aspects as well. It was there that it began… and here we are,” Anupama says with a smile. 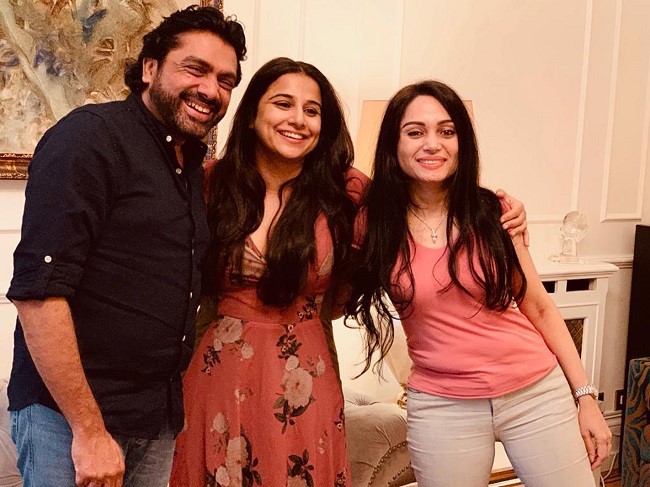 Anupama speaks of her mother with love but also honesty, over a video call from London. “We didn’t have a perfect relationship,” she says. In the film, we see the duo have plenty of intense arguments too. Shakuntala is shown as an unconventional mother, something that Anupama’s character – played by Sanya Malhotra – has a problem with. “Growing up, I didn’t understand where she came from. It was more like, other people have normal lives, but why am I not getting that. As I grew older, I understood that she had struggled. She came from difficult circumstances and struggled to get where she did. If she hadn’t struggled, I would have been where she was. It was all for us,” Anupama says.

It is known that Shakuntala married Paritosh Banerji in the 1960s, but the couple separated after it came to light that Shakuntala’s husband was gay – something the film does not give much screen time or clarity to. Anupama recalls that her mother was a single parent, and would always be busy – her diary, full of events one after the other. “So boarding school seemed like the best option. I met her only during the holidays, but at different places in the world,” Anupama says. Shakuntala Devi travelled extensively to give demonstrations and shows with her talents in mathematics. “So, it wasn’t quality time and there wasn’t a feeling of home,” Anupama narrates.

“But later, in my 20s, she had also begun to calm down and I started to understand her struggles. That’s when a friendship blossomed between us. She was so receptive, so easy to talk to – that helped. We also made a conscious effort to make a home and spend time there, because we realised it was important. It was just her and me in this whole wide world,” Anupama says. “Ultimately, we loved each other intensely and stood by each other. That’s what matters in the end.”

Read: ‘Shakuntala Devi came to my school when I was six’: Writer Nayanika on Vidya Balan film

Anupama says that she was the only person her mother was possessive of too, and she understood and enjoyed that. In the film, we see many instances of these – such as when Vidya as Shakuntala refers to Anupama as her daughter with Paritosh, as opposed to “our daughter”. While she says it lightly – she states that she has a greater right on Anupama because she birthed her, and received three-inch stitches, not her husband. Even when Sanya as Anupama wants to go and live with her husband in India, Shakuntala is vehement that Anupama cannot live away from her.

“So, say, Anupama was in London and her mom was visiting for a couple of months, she would want all of Anupama’s attention. Anupama would tell her friends that her mom’s is town and they won’t be seeing her much for a few months,” Ajay shares. Anupama responds with a laugh, “I was possessive of her too. I would keep reminding her that I was her greatest fan. I am her greatest fan.” 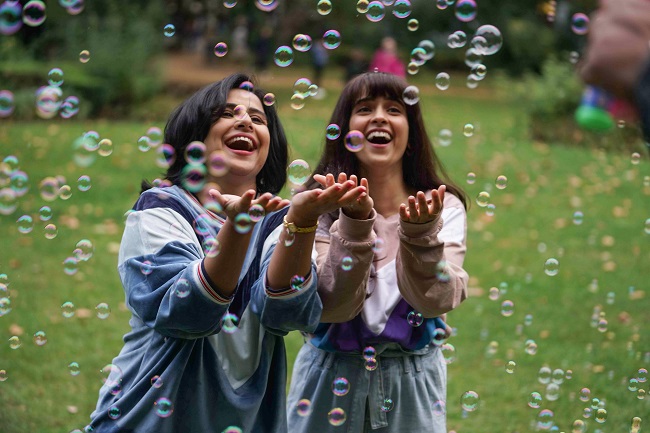 Shakuntala and Anupama eventually became very close. So, when the latter died in 2013, it left Anupama reeling. When she met Anu and Nayanika at Harrods, three years later, the loss was still raw and hurtful. “It was still hard for me to deal with the fact that she wasn’t around. When I lost her, it felt as though I lost a whole family. So, telling her story was nostalgic and painful – it involved many, many tears – but also very cathartic.”

Like her mother, Anupama loves math – but says that it’s different from her mother’s relationship with numbers. “She never channelled me and let me do things the way I wanted. Her love for numbers was different. Mummy wanted to share it with the world, to share the joy of numbers, to teach people to not be intimidated by them… numbers could be your best friends,”

And so, when Vidya Balan was roped in to play the role, Anupama was pleasantly surprised when the actor turned out to be brilliant with numbers as well. “She would just rattle off these complex numbers without much effort also. There was no doubt in our minds while brainstorming that Vidya was the one for the role, but after watching the film, I was speechless. It was surreal… Vidya went above and beyond – not just the dialogues, even the attitude and expressions. She got into the spirit of mummy… She was mummy in the film,” Anupama gushes.

Shakuntala Devi travelled the world, stunning distinguished crowds with her talents, however, she always had a special place in her heart for Bengaluru, her daughter says. “We could always go once a year and we had a home in Bengaluru. Being there was all about going out, eating lots of food… there was this one place that served a really greasy dosa that she loved – Vidyarthi Bhavan – we’d always go there.”

When TNM spoke to her, a few days prior to the release of Shakuntala Devi, Anupama said she was a bit nervous that a depiction of her relationship with her mother will be out for the world to see. But she was also excited. “I miss everything about her. All the things we did, the hours we talked. But the world will see that she was not just a human computer. She was a woman, and a mother too. She was affectionate, loving and caring, and gave me the best that she could.”