Anushka Sharma has been exploring different filters of the photo-sharing medium, and posting it on Instagram Story.

Actress Anushka Sharma tried to play around with Instagram and ended up being called dumb. Lately, Anushka has been exploring different filters of the photo-sharing medium, and posting it on Instagram Story.

This time, she shared a Story using the Complete Your Face filter, in which nose, eyes, and mouth start floating on the screen and leave a blurry and empty face. One has to blink fast to place the parts in the right place.

In one of the videos, Anushka can be seen trying to fix her eyes, nose and lips in proper places. The outcome is hilarious, and she fails in her attempt.

In the end, the filter reviews her performance which reads, “You are so DUMB. Try again”.

In response, Anushka said: “No you are a dumb game! Bada aaya”. 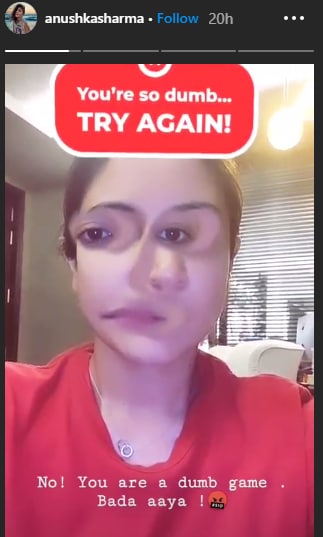 She also shared a hilarious Behind The Scenes video, in which she is seen blinking her eyes and trying to fix her face. It looks like her husband and star cricketer Virat Kohli recorded the BTS video. 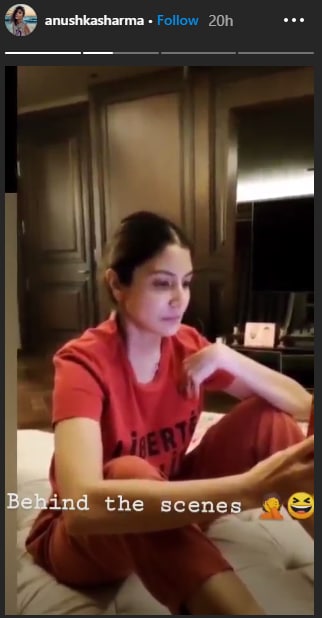 On the work front, she was last seen in Zero along with Shah Rukh Khan and Katrina Kaif. As a producer, she is enjoying back to back success, with her web series Pataal Lok and the digital film Bulbbul.